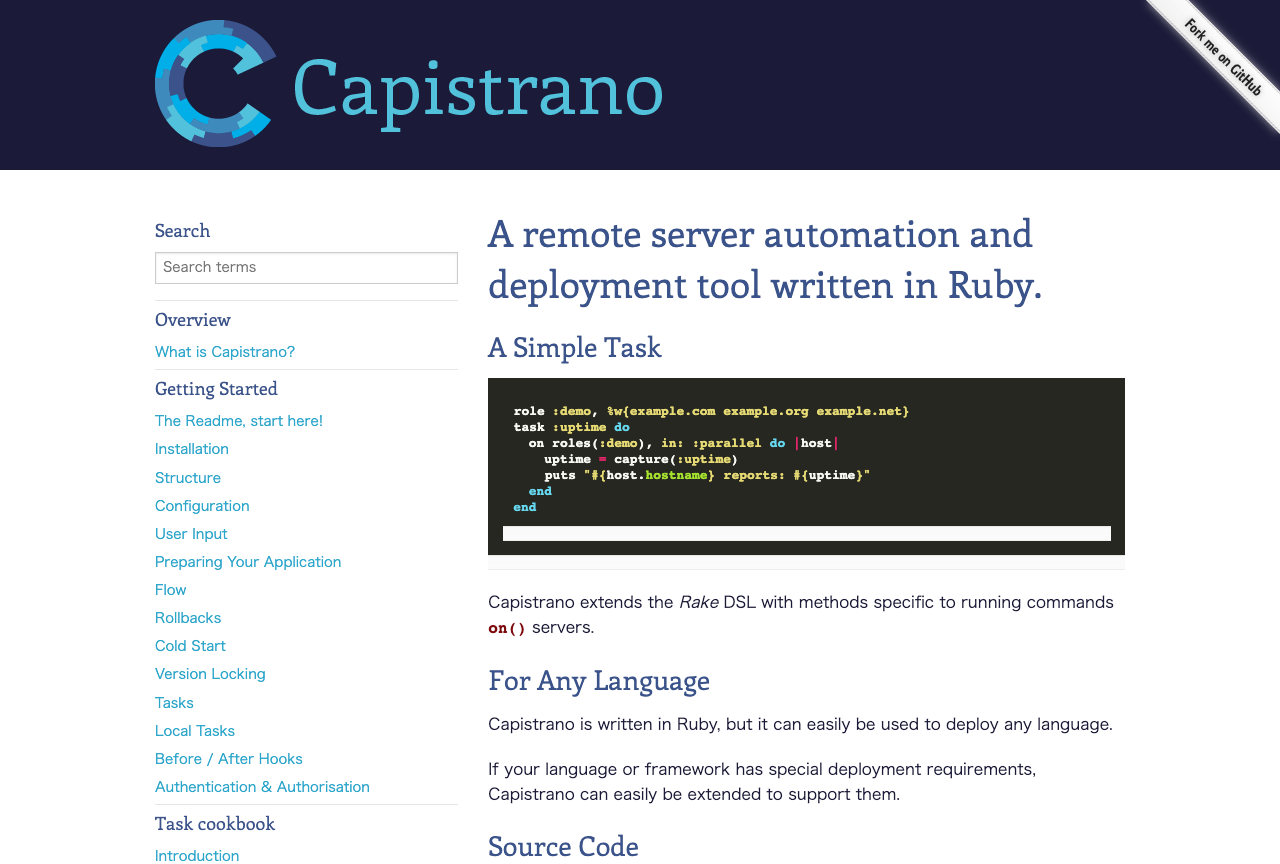 There are many ways to automate deployments, from simple rsync bash scripts to complex containerized toolchains. Capistrano sits somewhere in the middle: it automates what you already know how to do manually with SSH, but in a repeatable, scalable fashion. There is no magic here!

Capistrano defines a standard deployment process that all Capistrano-enabled projects follow by default. You don't have to decide how to structure your scripts, where deployed files should be placed on the server, or how to perform common tasks: Capistrano has done this work for you.

Define your deployment once, and then easily parameterize it for multiple stages (environments), e.g. qa, staging, and production. No copy-and-paste necessary: you only need to specify what is different for each stage, like IP addresses.

Deploying to a fleet of app servers? Capistrano can run each deployment task concurrently across those servers and uses connection pooling for speed.

Your application may need many different types of servers: a database server, an app server, two web servers, and a job queue work server, for example. Capistrano lets you tag each server with one or more roles, so you can control what tasks are executed where.

Capistrano is easily extensible using the rubygems package manager. Deploying a Rails app? Wordpress? Laravel? Chances are, someone has already written Capistrano tasks for your framework of choice and has distributed it as a gem. Many Ruby projects also come with Capistrano tasks built-in.

Everything in Capistrano comes down to running SSH commands on remote servers. On the one hand, that makes Capistrano simple. On the other hand, if you aren't comfortable SSH-ing into a Linux box and doing stuff on the command-line, then Capistrano is probably not for you.

To install Capistrano, all we need to add the gem to Gemfile

Next step, we can run the deploy command and wait for result

10 Ruby on Rails Blogs You Should Be Following

Why Do You Need IT Outsourcing?

is a Software Development Center
We provide fast, reliable and reasonable software developing & consulting services for building apps, products and platforms for your all business requirements